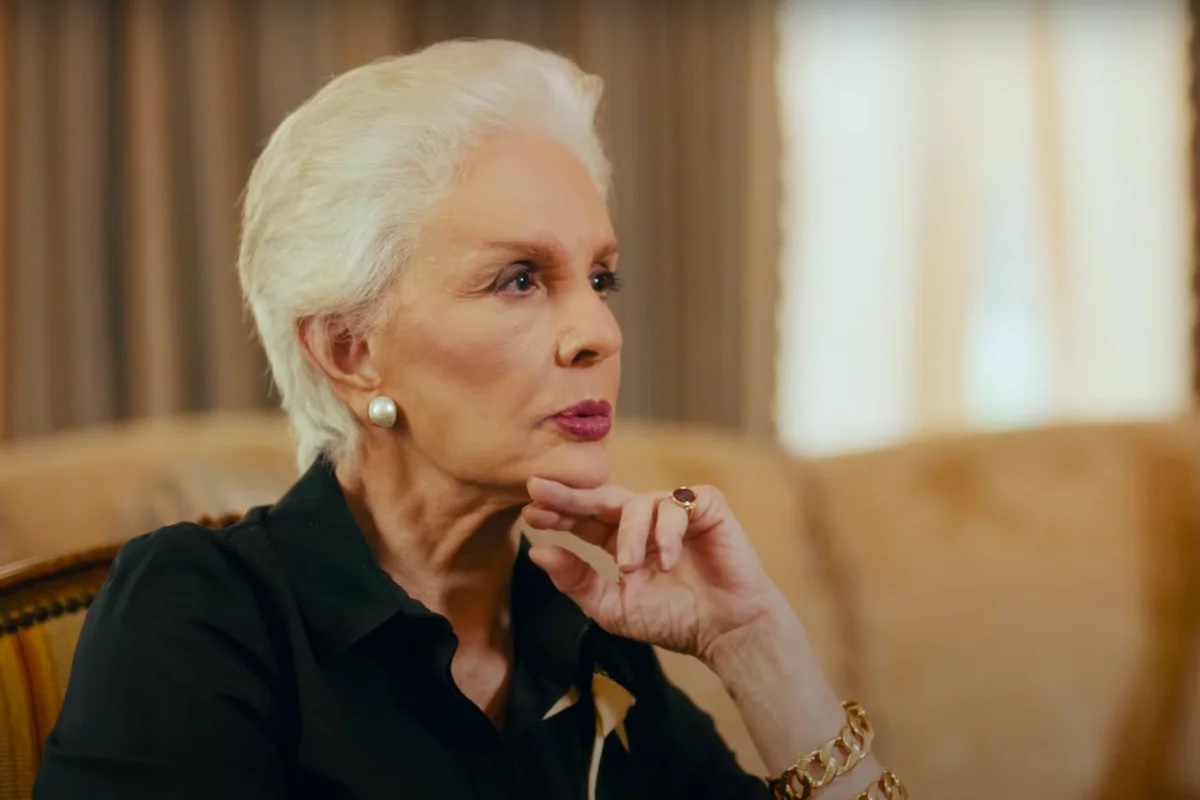 Carolina Herrera is a Venezuelan American fashion designer whose first collection came out in 1981. Since then, she has grown her company into a worldwide brand. Carolina Herrera was born in Venezuela and grew up there. She started her fashion business in New York City and became a citizen of the United States in 2009.

What is Carolina Herrera?

Herrera was successful in women’s and men’s fashion, fragrances, and more, even though she had no formal training before her first runway show in 1981. Today, her business has stores all over the world and makes billions of dollars. Well-fitted white blouses, which she often wore with ballgown skirts, were her signature style.

Carolina Herrera was born as María Carolina Josefina Pacanins y Niño in Caracas, Venezuela, on January 8, 1939. Herrera grew up in Venezuela in a very good situation. She was one of Guillermo Pacanins and Mara Cristina Nio’s four daughters. Herrera father was an officer in the air force, the governor of Caracas, and the Minister of Foreign Affairs for Venezuela.

Herrera had a nanny who taught her French and English. She used to play tennis, ride horses, and go to ballet, but she never made clothes for her dolls. “When I was a kid, horses and tennis were more important to me than fashion,” Herrera said.

Herrera was interested in fashion. When she was 13, her grandmother took her to a Balenciaga show. Around 14 or 15, Herrera made a black dress based on movies from the 1930s and ’40s, but her parents wouldn’t let her wear it.

Marriage and having Kids:

Herrera got married to Guillermo Behrens-Tello when she was 18 years old. Before they split up when Herrera was 24 years old, they had two daughters, Mercedes and Ana Luisa. In 1968 Herrera wed Don Reinaldo Herrera Guevara. Patricia and Carolina were their other two girls.

Herrera’s second husband got the title of Marquis of Torre Casa, but he didn’t use it. He was a journalist, and he and Herrera travelled all over the world.

The couple did things like go to England to see Princess Margaret, go to Costume Institute galas at the Metropolitan Museum of Art, and meet up with friends in the South of France and Paris. In 1976, Herrera met the photographer Robert Mapplethorpe and became one of his models. She was always on lists of the best-dressed people.

Herrera liked going to the famous nightclub Studio 54 in New York City, which was one of her favourite places. Andy Warhol painted her portrait after she went there with a group. He fell in love with the bejewelled clutch she was carrying and offered to do a silkscreen portrait of Herrera in exchange for the bag.

In an interview in 2016, Herrera said, “New York in the 1970s was a lot of fun.” “You were around a lot of talented and creative people in the arts, in society, in writing, and in the movie business. There were a lot of different actors, actresses, and musicians. When you went to dinner, everyone would be there. I liked it. It was great.”

First step in the Fashion World:

Her husband and she moved to New York in 1980. Around this time, she thought of making her own fabrics. But when Herrera told her friend Diana Vreeland, who was at the time the editor of Vogue, about her plans, Vreeland is said to have said, “Oh, that is so dull. Why don’t you change what you’re doing? Why don’t you put together a group of dresses? This is a lot more fun.”

Herrera had worked for Pucci for a short time in Caracas in the 1960s, but other than that, he had never had a job. She also hadn’t gone to school for design. But she had a good sense of style and knew people who could help her. Armando de Armas, who ran a successful magazine company, offered to help her business. Bill Blass, a designer, taught her how to act on the runway.

Herrera held her first fashion show at the Metropolitan Club in New York in 1981. She has said, “I think I thought I would just do one collection and be done with it.” Instead, stores like Neiman Marcus, Bergdorf Goodman, and Saks Fifth Avenue sent her orders. But the first reaction from the media wasn’t as good. Some in the press thought Herrera was a dabbler or that she was “trying to figure out who she was.”

Hurt by the Criticism:

Herrera was hurt by the criticism, but it didn’t stop him. It also didn’t deter her fans. Jacqueline Kennedy Onassis was one of the first people to wear Herrera’s clothes, and she wore them often. Herrera made both the dress for the mother of the bride and Caroline Kennedy’s shamrock-covered wedding dress for her wedding in 1986.

In 1988, her first scent came out. She thinks that designers should jump at the chance to make fragrances because “that’s how your name gets around.” In 1995, the Spanish company Puig bought her company. They had worked together on perfumes before. Herrera stayed in charge of design.

When the CH Carolina Herrera line came out in 2008, Herrera started making clothes that were more casual and good for day-to-day activities. Herrera now makes clothes for men, women, children, accessories, a line for the home, and fragrances, all of which are sold in stores around the world.

Herrera was able to do well without having to work extra hours, which she thinks is a waste of time. “You should be able to do what you need to do at normal times. If not, you’ll get too tired, “In 1994, she said.

Herrera’s two younger daughters joined her business in the end. Patricia joined the design team, which works on special projects and does design work in general. Carolina became known as the creative director for perfumes. In 2013, Herrera said, “Having your children work for the company is pretty helpful.” “If they don’t like something, they tell you right away.”

Herrera quit her job as creative director in 2018 to become the global brand ambassador for her company. Wes Gordon took over as imaginative chief, and Herrera was cheerful about it.

Laura Bush, Renée Zellweger, Tina Fey, Lady Gaga, Lucy Liu, and Taylor Swift are just some of the famous people who have worn Carolina Herrera’s clothes. Herrera also made the wedding dress for the first part of the Twilight movie Breaking Dawn.

In 2008, Herrera was given the Geoffrey Beene Lifetime Achievement Award by the Council of Fashion Designers of America.