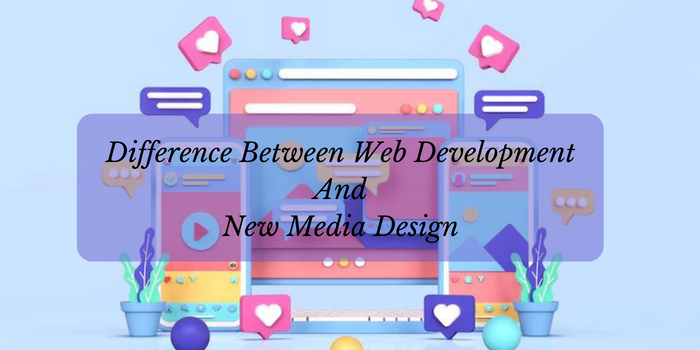 The term ‘’web development’’ broadly refers to the activities involved in creating websites for hosting on the internet or intranet. Web development, in a broader sense, refers to all the procedures, updates, and actions needed to create, manage, and keep up the performance, usability, and speed of a website.

Although they are not required, the strategic measures require to guarantee its proper ranking on search engine results may also be included. Typically, those duties fall under a different field of expertise, particularly search engine optimization.

Why Do you need Web Development Company:

For developing a website, you need a Web Development Company to work on the coding or programming that makes a website function by the needs of the owner. They focus mostly on the technical side of creating websites, such as code and markup. Plain text sites, social network applications, and sophisticated web-based and online business applications are all included in their web development services.

The following is the web development hierarchy:

Duties and Obligations for a Web Developer:

A web developer works for a Web Development agency and takes on jobs for one-on-one clients. His daily responsibilities could generally include; Creating user interfaces and navigation menus. Web Developer jobs will vary depending on his work environment.

The process of developing content and data for the quickly developing fields of computerized, digital, and networked data as well as the communication methods related to their use is known as new media design. Anything that can be edit, network, or compress is consider new media.

The overall idea is to provide a platform that allows for interactive engagement with the material. The use of the Internet, computers, video games, websites, CDs, and DVDs are all part of new media design. Unlike traditional forms of media like film, television, magazines, books, and other printed media. It has a different kind of design.

A straightforward broadcast model was replacing with the model of user engagement with the aid of new media design. Person-to-person advertising and a mechanism for consumers to manage the information they are exposed to were both made possible by the development of new media.

This development, which made desktop publishing a possibility for ever-smaller businesses, was made possible in large part by image manipulation software.

The techniques necessary to make the front end of a website, or the portion that a webpage visitor sees, visually appealing and understandable, are specifically refer to as web design.

Affordable web development services ensure that the site appears uncluttered and straightforward and that users have a natural understanding of how to interact with it. They are sometimes referring to as “UX” designers, or user experience designers.

The code that powers a website’s backend is the focus of web development. An Indian web development company makes sure that something happens when the button is clicked. Even though a web designer may have created the button.

Web designers may concentrate on the website’s front end back end or both. For instance, a front-end developer might use CSS to determine the layout of a homepage, while a back-end developer might create code that links an e-commerce site’s shopping cart to a safe online payment processing system.

Millions of people use interactive digital experiences every day, whether on smartphones, smart TVs, tablets, wearables, gaming consoles, or other devices. The function of new media design allows us to quickly explore dynamic elements of digital design. Such as motion graphics, interaction, and user experience design.

Web development company and new media design have extremely diverse duties and responsibilities, even though they may sound identical. Keep in mind the various specialties and necessary skill sets while comparing these two.