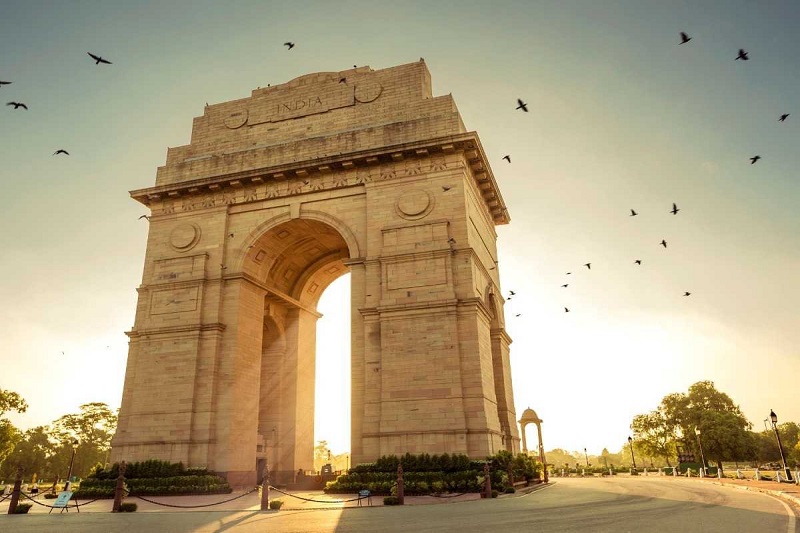 On your next vacation, planning to go to Delhi to experience the refined blend of centuries-old Mughal legacy and urban development. From magnificent architecture and flea markets to tantalizing food and vibrant nightlife, the capital of India has a lot to offer whether you are traveling alone or with family and friends. There are also numerous opportunities for thrill seekers. So, keep reading to learn more about the most popular tourist places in Delhi.

The city of Delhi is classed as the epicenter of North India’s cultural and historical heritage. Traveling through Delhi will provide you with an insight into India’s modern culture as well as many experiences that are unique to this city. Let’s go exploring.

This is one of the most popular places to visit in Delhi. This monument, originally known as the ‘All India War Memorial. It was built in memory of Indian Army soldiers who serve in the First World War and the Afghan War. This place is perfect for a picnic or just hanging out with friends and family.

This historic structure was built in the Afghan and Iranian architectural styles. The structure stands 72 meters tall and is covered in inscriptions and carvings. Qutub Minar has some interesting facts that make it a very unique structure with significant historical significance. One of the most fascinating aspects of the complex’s Iron Pillar is that no rust has formed on the structure in over 2,000 years.

This wonderful temple made of marble stone is well-known for its stunning architecture. The temple’s shape is similar to that of a lotus flower, and it is bright after sunset. The lotus temple is known as the Baha’i faith’s place of worship. It resembles a blooming lotus suspended in water and is an amazing sight to behold, especially at night when its lighting brings it to life.

Connaught Place is Delhi’s most well-known open public space, with plenty of shopping and entertainment options. It is consider as one of the coolest places to visit in Delhi by young people. It is a popular weekend destination for residents in Delhi. The market area with a variety of food options is an ideal place to spend your day, with an open park and high-rise buildings. There are numerous bars, cafés, and restaurants with live music that are always pack.

The 90-acre Lodi Gardens, one of the best places to visit in Delhi and is the most popular park among locals, is well worth including on your Delhi itinerary. Aside from its lush gardens, the park contains numerous relics from the Lodi period before the 16th century, including many important tombs and ruins. The Lodi Sultans’ remains are housed in 15th-century mausoleums, a picturesque triple-domed mosque, the Glazed Dome, known for its blue tiles. And the ruins of a massive dome dating from around 1490. It is also the site of the country’s National Bonsai Park.

Also Read: How to Save Money for Travel? 15 Tips to Help Your Planning

This tomb is one of Delhi’s most spectacular religious sites. The temple is devote to spiritual practice as well as the promotion of peace and harmony. Every day, you can hear people chanting in unison to the melodic rhythm of the ‘Hare Krishna mantra.’ This temple also serves as a center for education to promote universal peace ideas. The temple also houses a museum of Vedic arts, which houses many paintings depicting Ramayana and Mahabharata stories.

The Red Fort is made of red sandstone and was built around 1630 by the Mughal emperor of the time. It is one of the most visited tourist places in Delhi. The fort’s magnificent audience halls, known as ‘Diwan-e-Khas’ and ‘Diwan-e-Aam,’ are architectural marvels. There are also many carvings on the walls from the time of the Mughals in India.

The places listed above are some of the most popular tourist places in Delhi. However, there are many offbeat and lesser-known places to visit in Delhi.
Looking for low-cost DFW to DEL flights? Indian Eagle is making international travel more affordable and convenient for you. You can book cheap flights as per your requirements. So, what are you waiting for? Pack your bags and leave right away to be enchant by the beautiful city! Book your flights with Indian Eagle today for a stress-free trip to Delhi.